Shape Form Effects and the Genesa

Shape Form Effects and the Genesa

The Genesa creates a shape form that tends to move the environmental aether (also called subtle energy) around itself, forming a weak centrifugal vortex that pushes outwards into the room where it is placed. Inside the Genesa instead a centripetal vortex is formed which leads the ether to condense, becoming more easily perceptible. This is the optimization of what in the past was done with little metal pyramids.

For this reason the Genese are often used in an attempt to clean the ambient aether, or to concentrate a thought form written on a sheet of paper and placed inside the genesa, thus exploiting the condensation effect.

However, the effect of the shape form alone is limited. It is only capable of moving the aether and not to modulate or clean it, and it is heavily influenced by the human psychic force and toughtforms, the mental projections of the human being. As usually with this kind of instruments, made by material and shape alone, it is the capability and beliefes of the practicioner what create the effects. In the next article I will share with you a simple experiment, so that you can do at home, to analyze and verify what has been stated.

Shape Form is a term used to indicate the effect that solid objects with physical mass tend to have, of moving the environmentl aether. It must be said immediately that the aetheric effects will grow as the size and mass increase. So little object have little effects, and painted object like symbols are linked to the psychic capability of the practicioner, or sometimes to the collective toughtforms.

But what if we use the Genesa shape form effect as a vector for an F-Aurea Informational Field? In the photo we have connected an F-Aurea Information Field called (Sinfonia F-Aurea) capable of modulate, cleaning, and bringing the ether in consonance to a large genesa. The people inside it can feel a distinct variation of “sensations” between the inside and the outside that is not influenced by the psyche of the practicioner, because it is generated by an autonomous Etheric Field, our so called (Sinfonia F-Aurea). So every Genesa you can find on www.f-aurea.com is the physical anchor of an F-Aurea Field, to exploit the shape-form effect in order to increase the capability of the F-Aurea Fileld itself, to remodulate and cleanse the environmental ether. 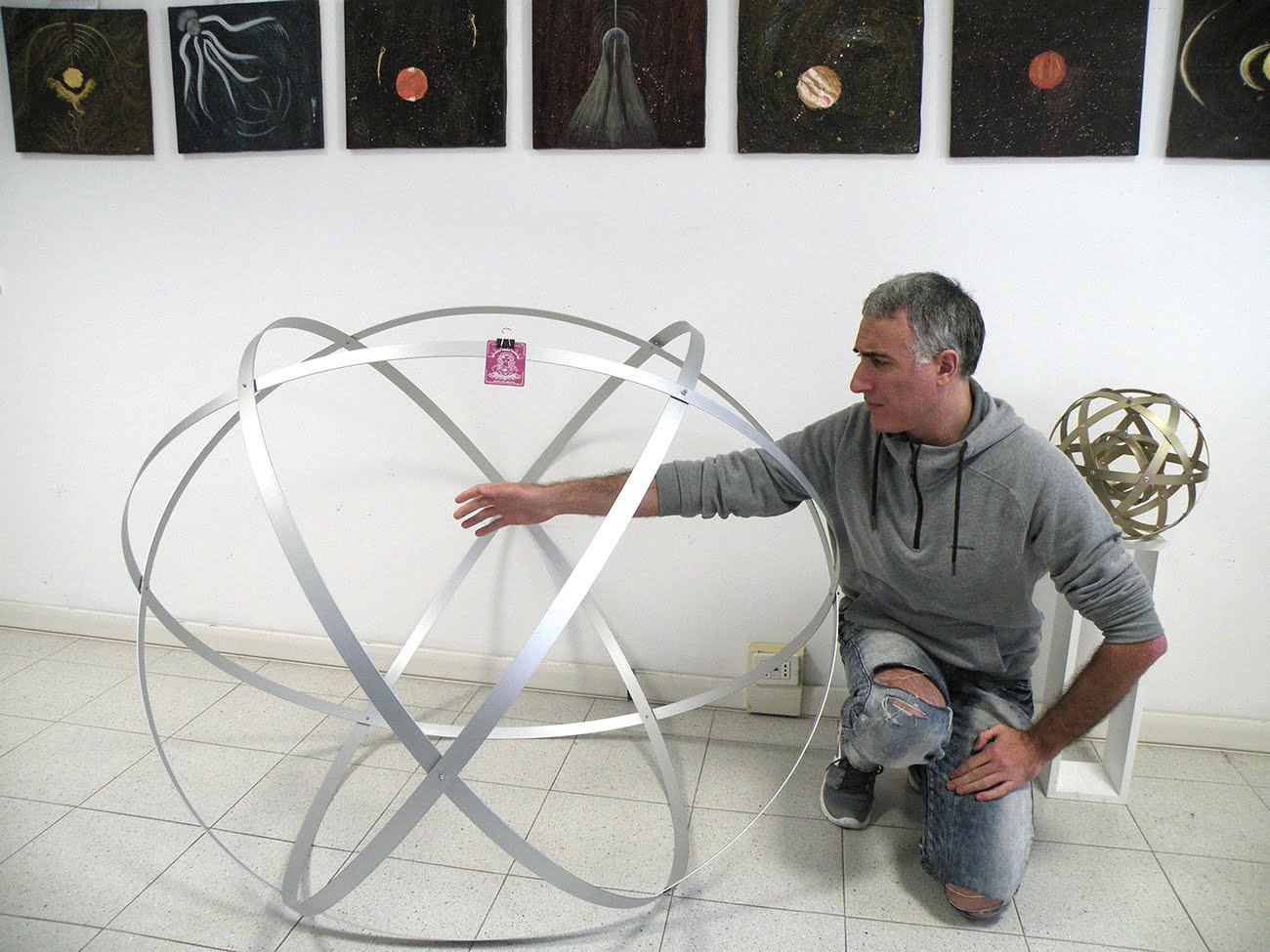 It is easy to experiment with metal object because they tend to conduct aaether as much they conduct electricity. So if you want to do this at home is better utilize an object (genesa, pyramid, and so on) made with a pure metal mix. So copper is very good, but also alluminium which we use in the making of our genesas. On the opposit the brass is not good, tend to slow the flow of aether, as many material not pure tend to do.

Do you want to know what the best of the best material is for conduct aether flow? Well, it is gold plated copper! But we do not rely much on material cause our F-Aurea Teurgical Fields work well even with plastic.

dynamic simulation of aether flow with a genesa